‘Do they have cameras to keep the bad guys out?’

It was a question I did not anticipate from my 6-year-old son. We were throwing the football as the sun set the last Saturday of summer. I had asked him if he was nervous about starting first grade at a new school on Monday.

The weight of his answer—his seemingly simple question—nearly crushed my heart.

Because the truth is I can’t keep him safe.

Not from bullies or kids who won’t include him on the playground. Not from little girls who’ll break his heart. Not from people who are brought up to hate those who look or think differently. Not from guns or incredibly troubled kids with access to them.

When I started thinking about his question, I became consumed with what lies ahead. This transition to a bigger school, older kids—so many issues I haven’t even scraped on social media and Netflix series. It’s hard for me to sit through an entire newscast with my husband because it puts new ideas in my head of all the twisted people and unthinkable ways they might try to hurt my three perfect kids.

Amidst the anger, the finger pointing, the uncertainty, I decided to control what I actually could control. To remind this little person who means everything to me that bad things happen. And it really sucks, buddy.

Though as his mom, I’m not going to focus on all that as I pack his Pottery Barn Superhero backpack. 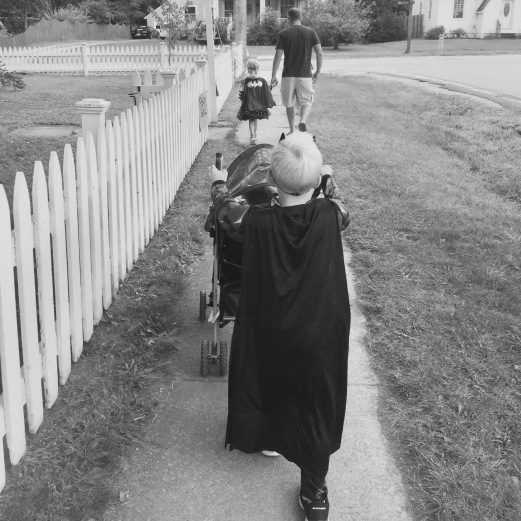 I can’t protect my own child from all the evil in his tiny world. But I can teach him to be the good in others’.

To smile when you meet someone new. Say your name, give a handshake or a quick wave. Because as shy as you might feel in a new situation, that other person might be just as (or maybe a little more) uneasy.

To be kind. Remember that everyone has bad days or weeks or a crummy older brother who pushes him around. But you have a family who, despite all the yelling and wrecking your beautifully constructed block towers, is completely nuts about you. Not everyone gets a home like yours.

To be humble. No one likes a show-off. If you’re better than someone else at throwing the football or making Lego robots, share your talent. Help them feel good about what they can accomplish.

To keep your cool. Not every kid is going to be your friend. Some of them are just big meany pants. You can’t fix them. But you can show them that teasing and tripping you in line isn’t going to get you down. You have so many other things that deserve your energy.

To relish in what’s different. Things would be super boring if everyone played Lacrosse or wore the exact same muscle shirt. There are going to be kids who look and sound different then some of your friends. But God made them that way. They are just as special as you so don’t forget that. Ever. Even if your friends do. People can be jerks, but you’re not allowed to be. Ever.

What did I really want to tell my son when he asked if there were cameras to “see the bad guys so they can’t get in?”

To be the fastest runner. To find the best hiding spot and breathe slowly through your nose. To carry a pocketknife. To hug that punk kid who flipped up his lunch trey because he probably doesn’t get one at home.

To keep that heart-melting smile. His unfiltered laugh. To never stop holding my hand.

But I know this is the first of many letting goes. And as scared as I am in the depth of my mama bear soul, I want him to see that good is out there. Because it IS out there. We just need to fight and scream to bring it back to the surface again. 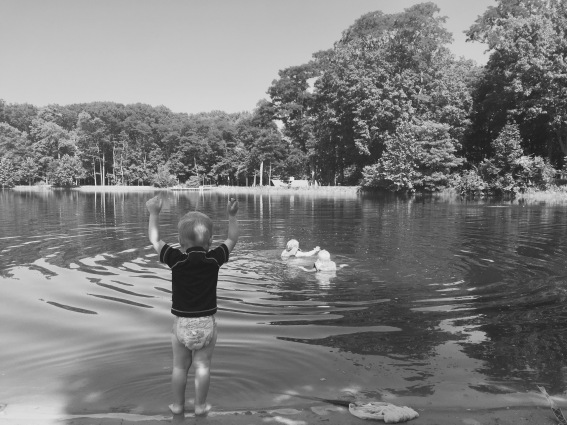